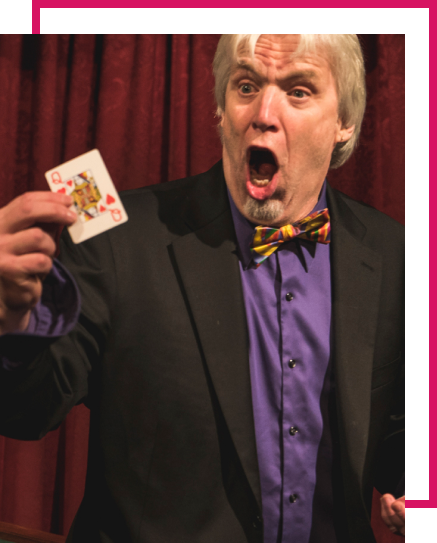 is a magic creator, technician, and artist, as well as TV consultant to David Blaine. Blaine says that, “Garrett is simply the greatest close-up magician alive today.” His magic defies logic and understanding, changing the things you thought were possible. Garrett has just returned from a triumphant performance on “Penn & Teller’s Fool Us” and an exclusive performance for Madonna, at her home in London.

is a legendary street performer, who has thrilled audiences from Bourbon Street to The Great Wall of China with his hilarious brand of magic. He will keep you in stitches and blow your mind with miracles using ordinary objects. In addition to performing at festivals and on street corners around the U.S., Kozmo has appeared on the Tonight Show and toured China.