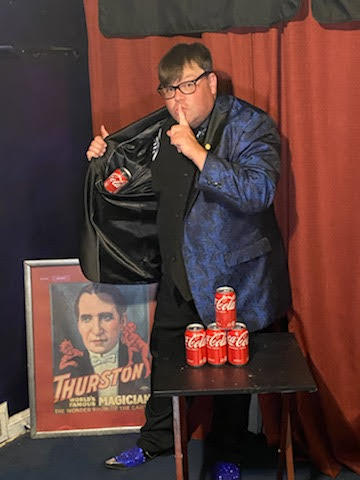 Robert Francis was born on December 27, 1984.  He grew up wanting to be a scientist, a fireman, a policeman, and an airplane pilot. It never dawned on him that he would end up being a magician and a very good one.  He started playing with magic at the age of 13 and started developing his own tricks as a hobby.  His love of magic started to grow even stronger than being a pilot or policeman.  He joined magic clubs and started competing against other magicians in the club and winning contests.

He realized that after doing his first professional show that this was his calling and now he has been working as a professional magician for 15 years.  One club named him Magician of the Year.  He has thrilled audiences in Asbury Park NJ.  He has worked at the world-famous Magic Castle in Hollywood.  They honored him by making him a member of the Magic Castle.

He has been on luxury cruise liners.  He has gone as far as Australia and New Zealand.  He is well respected by other magicians and is always ready to delight a new audience.