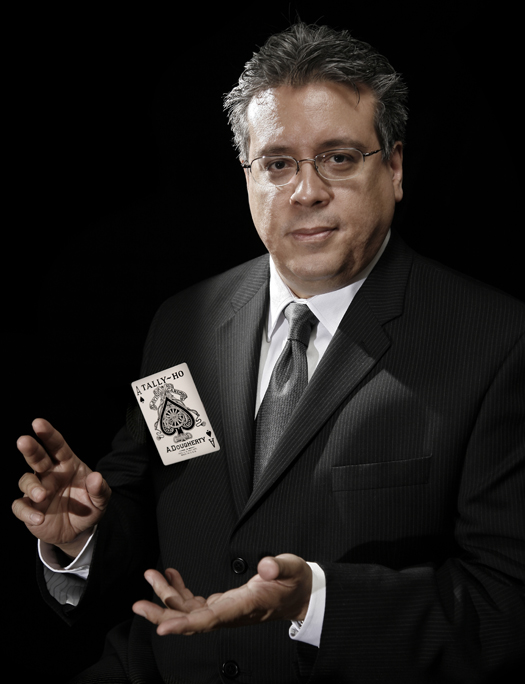 Eric will be presenting his acclaimed One-Man Show

In 1995, the Society of American Magicians bestowed upon him the Gold Medal of Excellence for Close Up Magic. He is only the second magician in the 115 year history of the organization to receive this prestigious award.

In 2006 Eric began creating a one-man show of his own, and in 2007 he launched it at The Three West Club’s The Lincoln Room located in the heart of Rockefeller Center. The show was a huge success and every show sold out and ended with a standing ovation. Working first with director, Steve Ciuffo and most recently with MAC award winner, Bob Fitch, Eric relaunched his one-man show at Manhattan's posh nightclub, The Metropolitan Room.

His one-man show continues to lure people from across the U.S. and around the world, both the general public and magicians alike. The show features rarely seen sleight of hand effects including an emotional and moving mystery involving a simple teacup and some bread crumbs, and his showstopper —  “The Spirit Box” — the closing piece of Eric’s performance, where unseen forces do seemingly impossible things. After seeing it, you will believe in spooks!