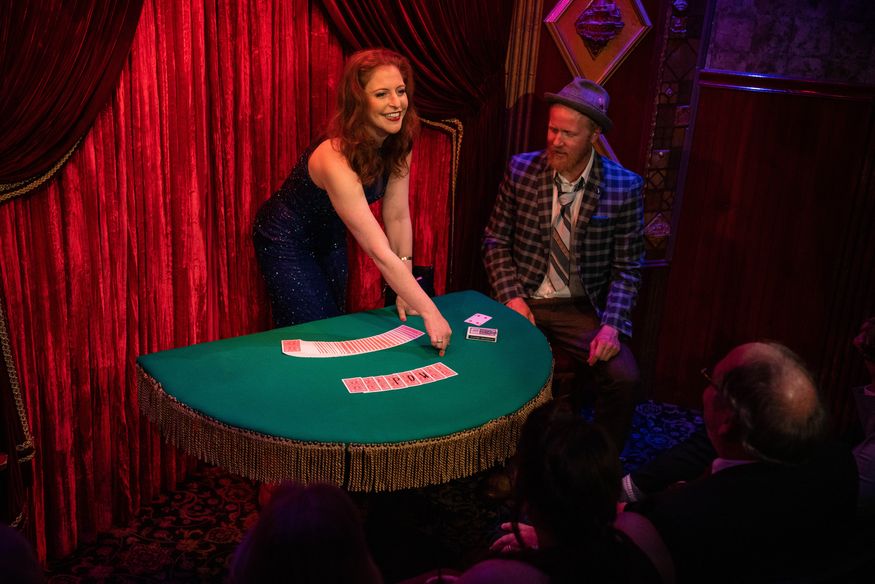 Joan DuKore has performed from Japan to Dubai, and from LA to NY, most notably at Caesar’s Palace, Hollywood’s famed Magic Castle, and Chicago’s Magic Lounge.

She is excited to bring her award-winning magic act back to the Smoke and Mirrors Magic Theater. Direct from Las Vegas, Joan’s delights audiences with elegance, magic, and some wry wit on the side. You may have seen her television appearances on TLC or HGTV, or seen her live shows on your last trip to Las Vegas. Part card sharp, part princess she will have you gasping with laughter and astonishment.