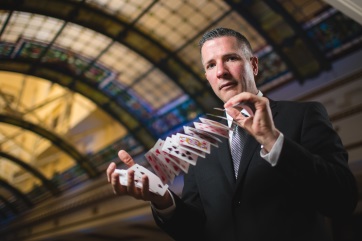 America's Super Magician - Don't Be Fooled By Anyone Else

John Graham is an amazing magician. John Graham is a hilarious comedian. However, it's his unique blending of the two that makes him a world-class entertainer. His performances have been called "Almost like a conversation with the audience." But an amazing, fun, funny, uplifting conversation. And maybe even with a few life lessons along the way. Audiences from New York to California, who may have started out indifferent about magic, have become fans for life. His ability to engage and connect is second to none.