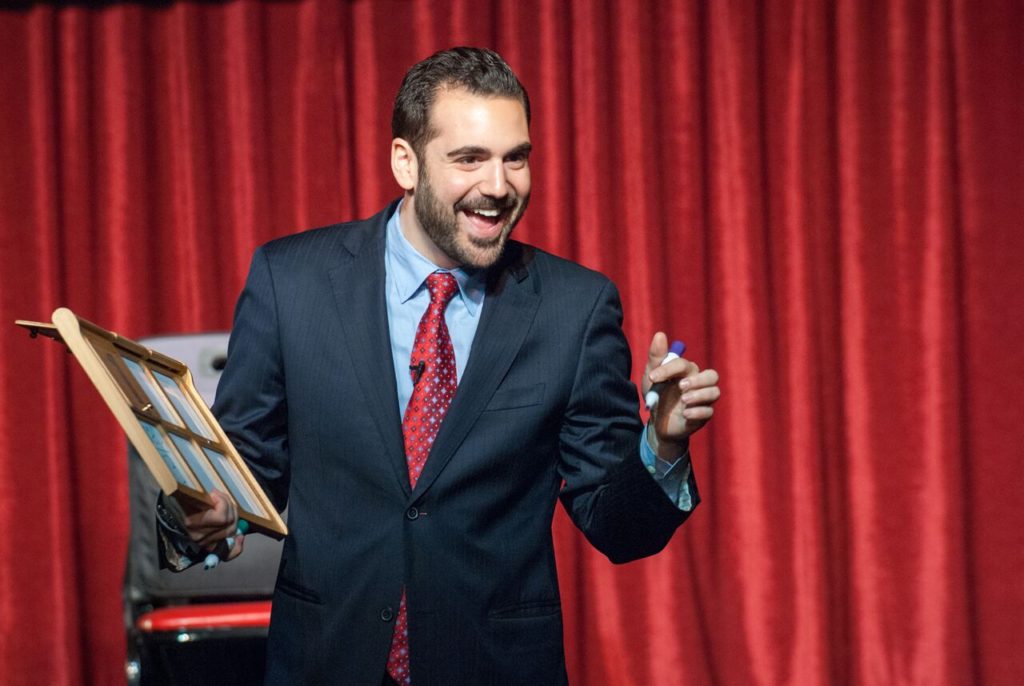 Harrison is one of Comedy Central’s “Comics to Watch” and winner of the Andy Kaufman Award.  On television, Harrison has been featured on America’s Got Talent, Last Comic Standing, AXS.TV’s Gotham Comedy Live, and National Geographic Channel’s Brain Games.

As a magician, Harrison was named one of "today's best" by Newsday and tours around the world as one of the stars of The Illusionists: Direct from Broadway, the biggest selling magic show in history. The most requested performer at Monday Night Magic, the longest-running- Off-Broadway magic show in New York, Harrison has also performed at the Magic Castle in Hollywood, the Mystery Lounge in Boston, and was one of only 30 magicians chosen to perform at the International Festival of Magic, Illusion, and the Unusual in Louisville, Kentucky.