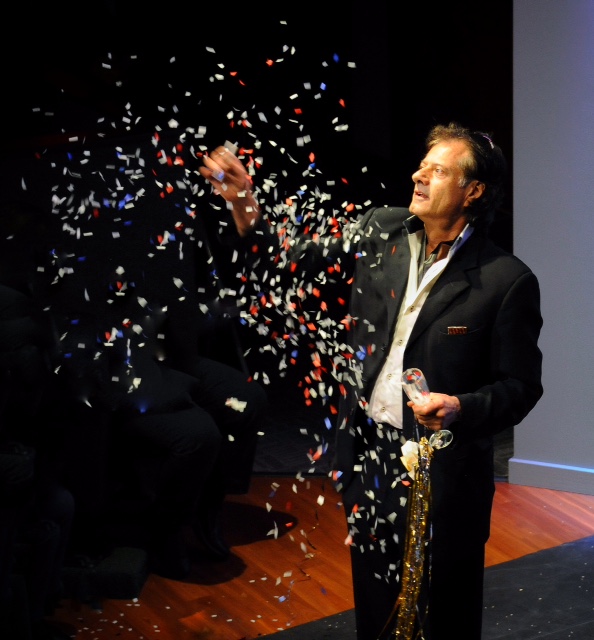 Master Magician Rocco Silano, is an extraordinary Sleight-of-Hand Artist and International TV-Star who charms audiences the world over with his unique style of prestidigitation.

U.S. audiences will recognize him from his numerous appearances on TV’s “Masters of Illusion” and as one of the stars of VH1’s magic reality series “Celebracadabra.” Rocco’s International Television appearances include major variety shows in China, Japan, England, Spain, France and Italy with LIVE appearances at The Poly Theaters in China, The Grace Kelly Theatre in Monte Carlo and The Crazy Horse Cabaret in Paris, France just to name a few.

Royal command performances include such luminaries as Her Majesty the Queen of England; as well as America’s King of All Media, Howard Stern; the King of Pop, Michael Jackson; and the Greatest of all time, Muhammad Ali. Legendary Broadway Magic Star Harry Blackstone Jr. described Rocco as "The epitome of real magic.” A native of Paterson, New Jersey; Rocco grew up in the shadow of The Great White Way where he still performs regularly in the long-running show “Monday Night Magic,” but was catapulted onto the international magic scene early in his career by Siegfried & Roy at their Las Vegas Magic Seminar presenting him with their top honor; The Golden Lion Award for Stage & Close-up Magic. The Academy of Magical Arts-Magic Caste has nominated him 9 times, in 4 different categories as “Magician of the Year.”

The Olympics of Magic is known as FISM - and is the world’s most prestigious magic organization, holding magic tournaments in a different global city every 3 years. Rocco is the only American to win top awards at two different competitions, once in Yokohama, Japan and the other in Stockholm, Sweden where he was bestowed with an award that had not been given in almost 30 years. It was in this Nordic city that he was awarded with the title “The World’s Most Original Magician.”