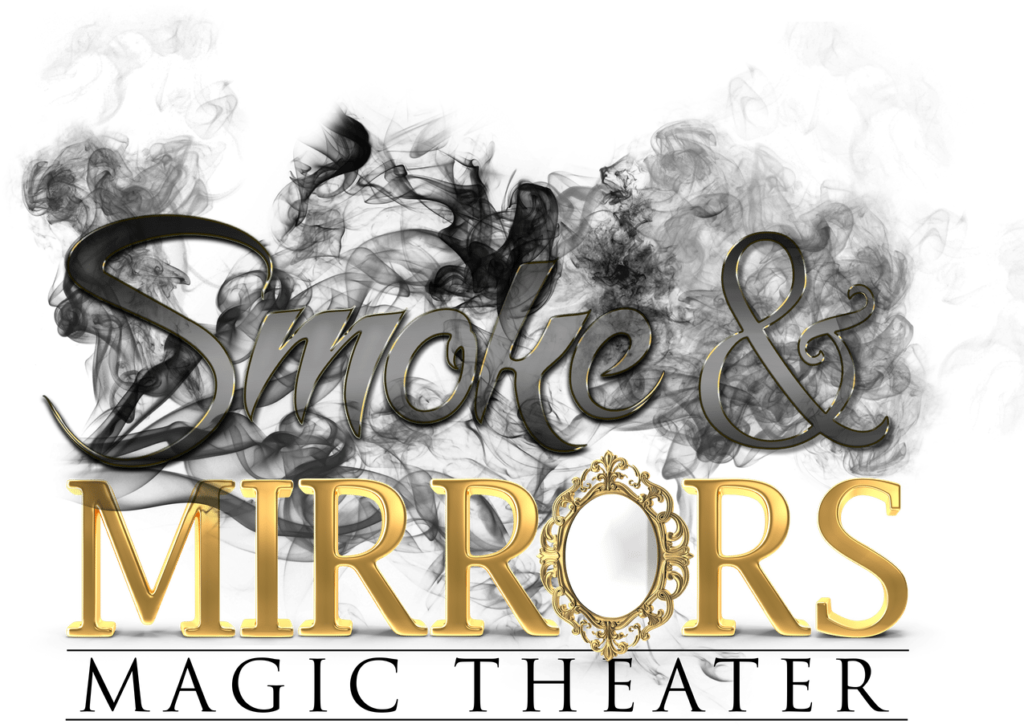 Fun for All Ages

A laugh filled and amazing show of magic and comedy geared to audiences of all ages. Featuring a number of Philly's favorite family entertainers like; Mike Miller, Danny Archer, Mike Bonacci, Ari Paul, Mystique, and many more. All shows in the one of a kind venue of the Smoke & Mirrors Magic Theater. Show runs for approx. 60-70 minutes.

The Godfather of Magic

He's on the lam and Wanted for stealing the show. From the mean streets of South Philly, Gino finally quit his criminal ways, and makes an honest dollar by amazing audiences with his killer sleight of hand and razor sharp wit. You’ll die… laughing...

Gino has performed in over 35 countries worldwide, and he's allowed back into most of them. He's thrilled to be back in Philly and working at a classy joint like the Smoke & Mirrors Magic Theater. You won't soon forget your evening with the Sicilian Sorcerer. Yougotaproblemwitdat? 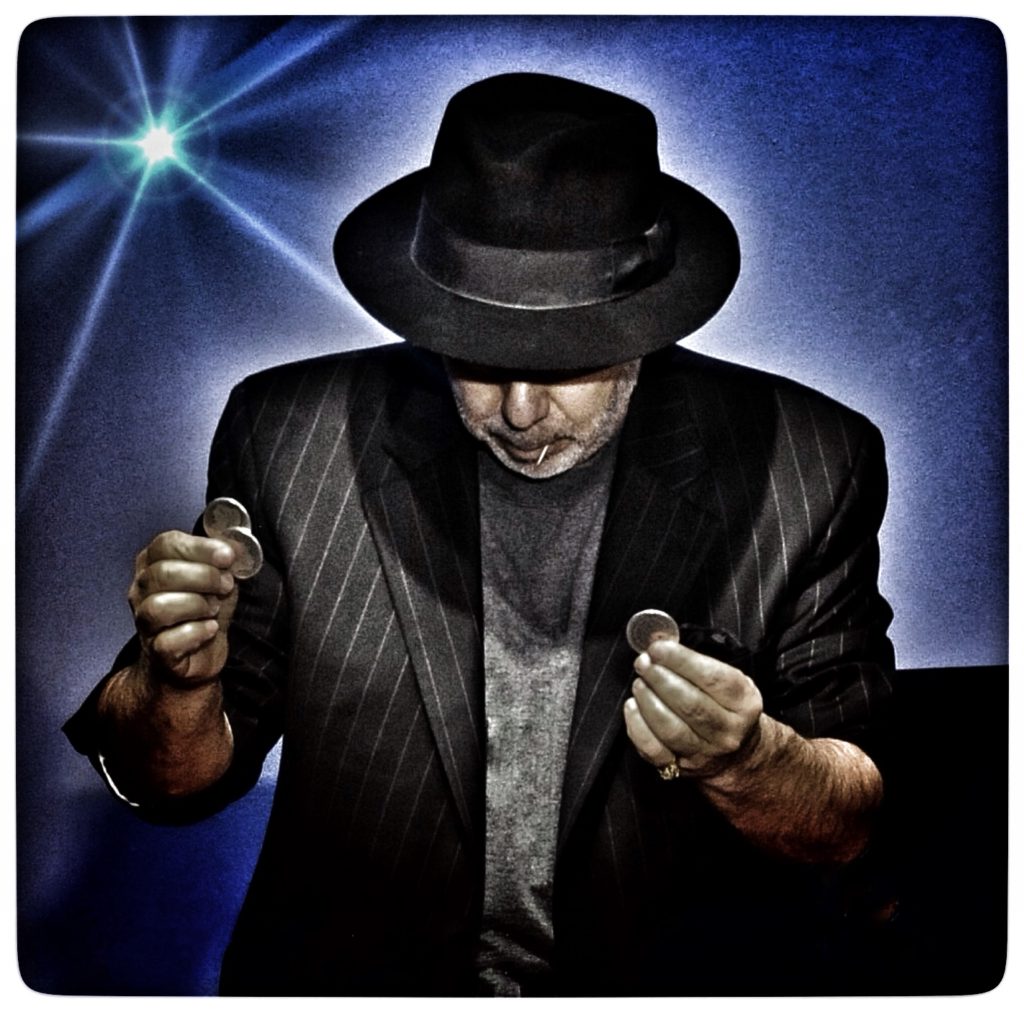 Gino Mozzarella ♦ The Godfather of Magic

Magician Jason Hudy has performed over 8,000 shows around the world, performing for Disney, ESPN, Hershey, Chevrolet, and now he is bringing his award-winning show to the Smoke and Mirrors Theater!

Jason has performed at the Studio City Casino in Macau, near Hong Kong, performed in a 30 city tour across China, and has even been on the Late Late Show on national CBS-TV. His performance at the Smoke and Mirrors Theater will feature magic, mindreading, comedy and more! 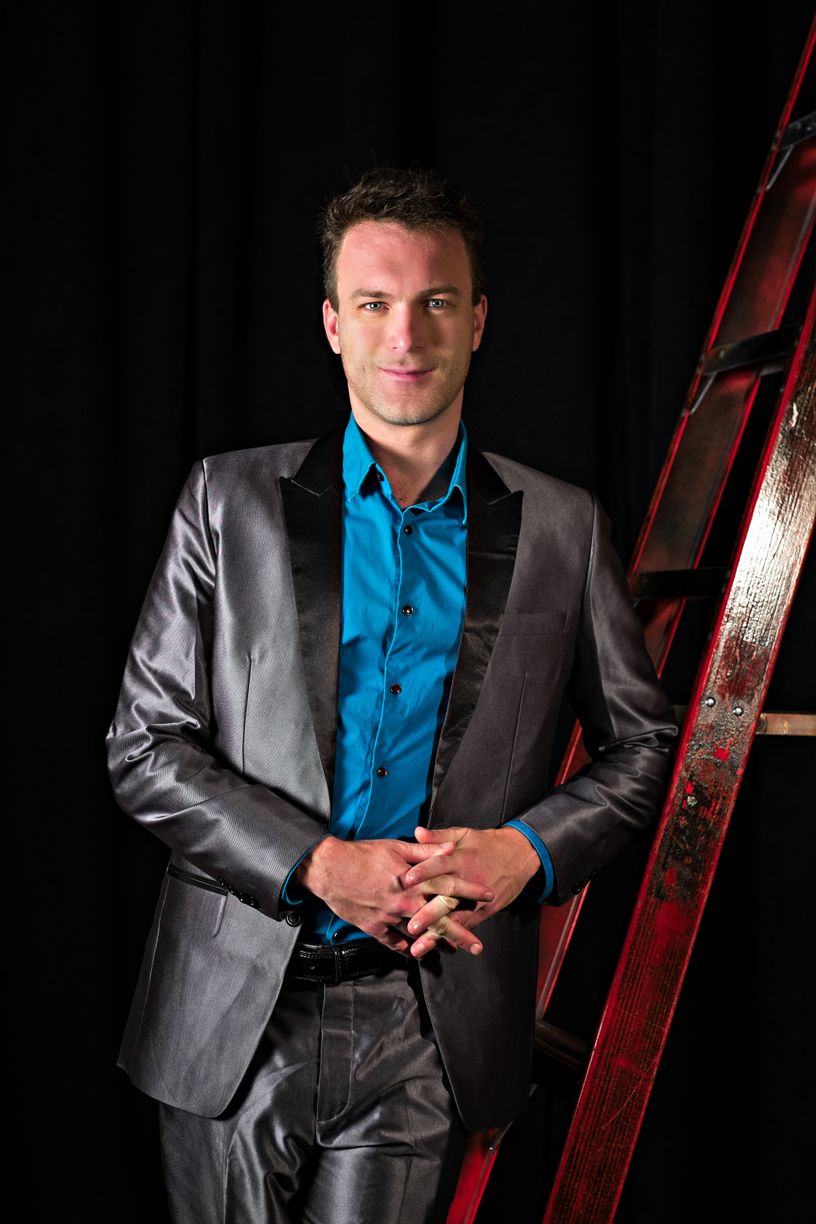 Envoute: Magic and Burlesque is an eclectic troupe that has combined the arts of magic, burlesque, music, sideshow, and comedy in a variety of highly entertaining themed shows for the past 10 years. They're going back to their roots this year with a remount of their first ever season with more burlesque and magic than ever!

You can drink during the show!

Mike, a master magician and illusionist, combines magical effects with his imaginative sense of humor. The results being a delightfully clever program that you will remember for a long time to come. After seeing the show there will be no doubt in your mind that deception can be fun. 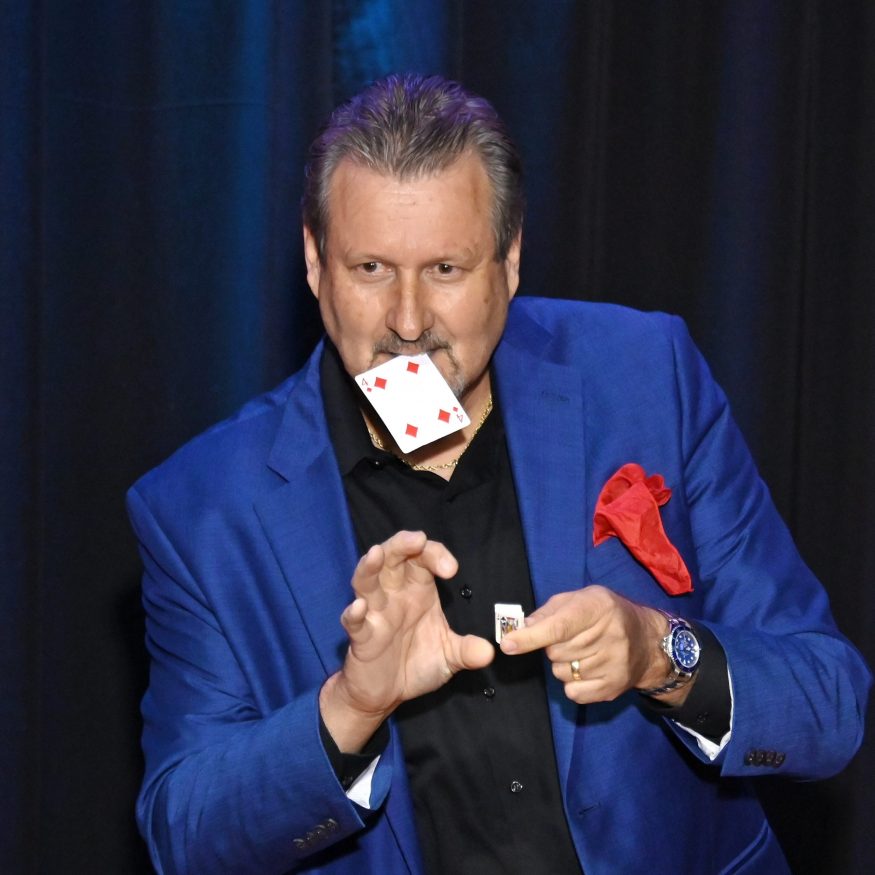 Mark Zacharia is a mentalist, magician and hypnotist with more than 25 years' experience entertaining for corporations and colleges, theaters and private events all across the country. New Jersey Monthly Magazine calls Mark a "total bogglement." 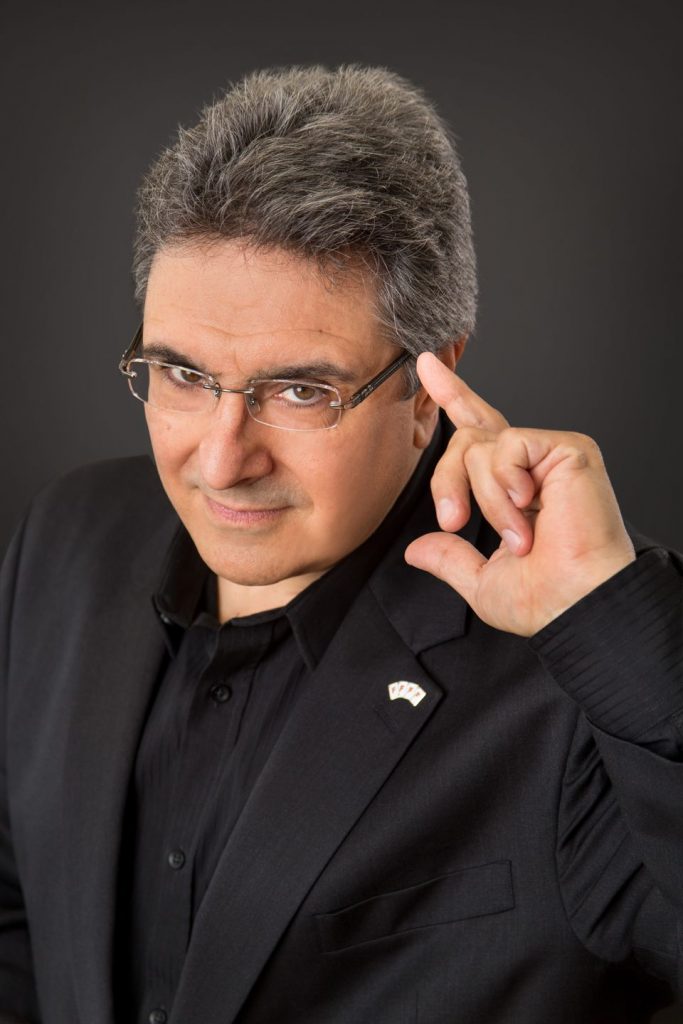 GET READY FOR ANOTHER MAGICAL EVENING Hosted by ALL VETS USA

ALL VETS USA is having our super fun Annual Magic Show Fundraiser to benefit veteran’s next month! We hope you’ll contribute to this year’s success and purchase tickets... sponsorship oppurtunities are available. Through amazing people like you, we were able to donate thousands last year to help our incredible heroes and their families!

The headliner Mark Zacharia is a mentalist, magician and hypnotist with more than 25 years' experience entertaining for corporations and colleges, theaters and private events all across the country. New Jersey Monthly Magazine calls Mark a "total bogglement." Opening the show is the one and only Gino Mozzarella. The event will be held in the Smoke & Mirrors Magic Theater... The BEST place to see magic performed up close! 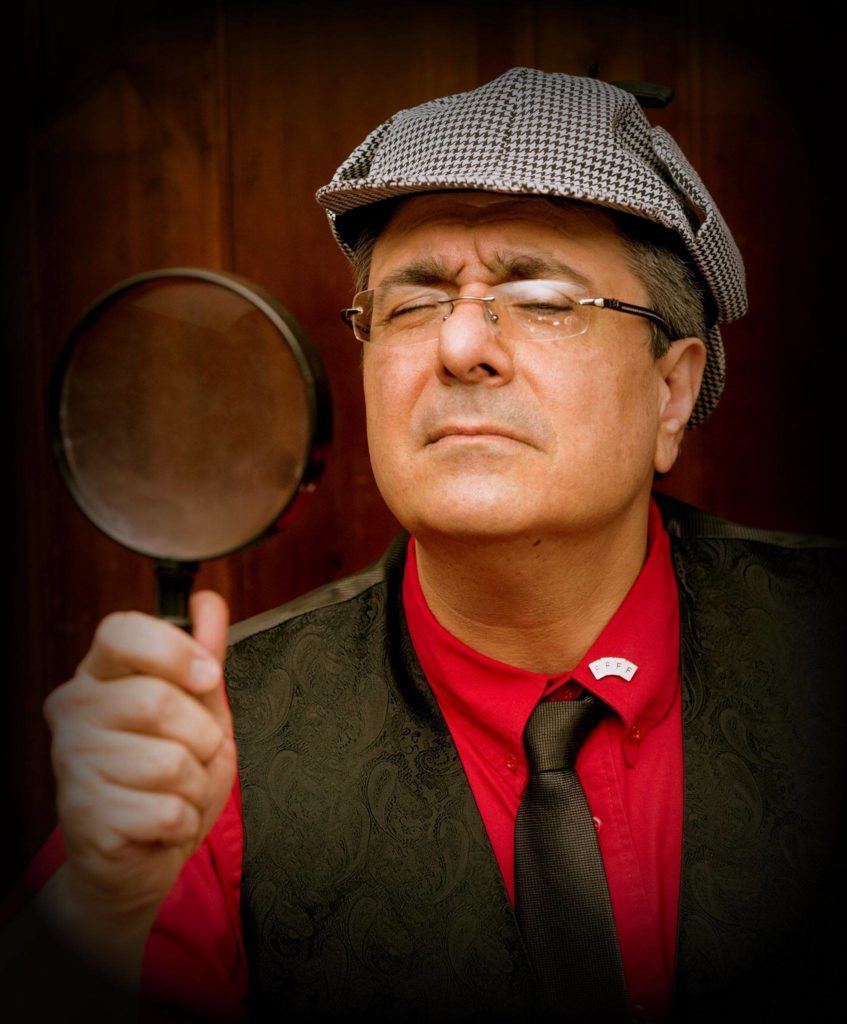 Messages From Your Loved Ones

Danielle has studied under world renowned mediums Lisa Williams, John Holland, and Janet Nohavec. She now brings her gifts to the Smoke and Mirrors Theater to provide messages and confirmations from your loved ones. It is through these confirmations that Danielle hopes to assure you that your loved ones are always with you. ***Please note that while everyone may not receive a message, Danielle will make every attempt to bring through as many messages as possible*** 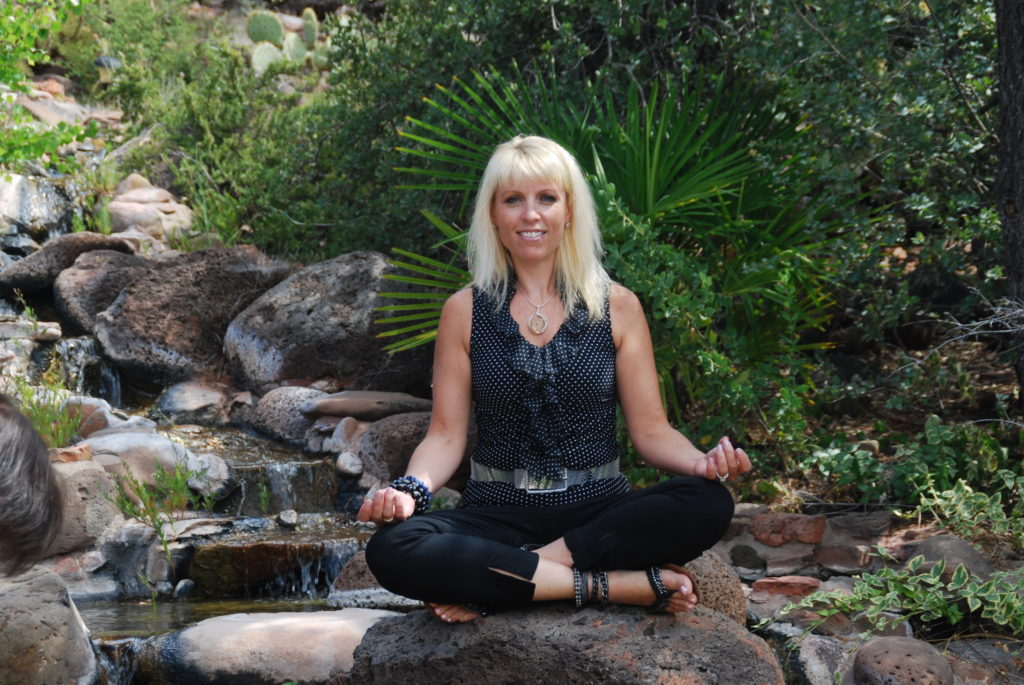 Daniel Roy is only 23 years old, but he has been obsessed with all forms of trickery and deception since the age of ten. He specializes in two areas: the sleight-of-hand techniques used by professional card cheats of today and the “sleight-of-mind” techniques used by fraudulent psychic mediums of the 1800s. 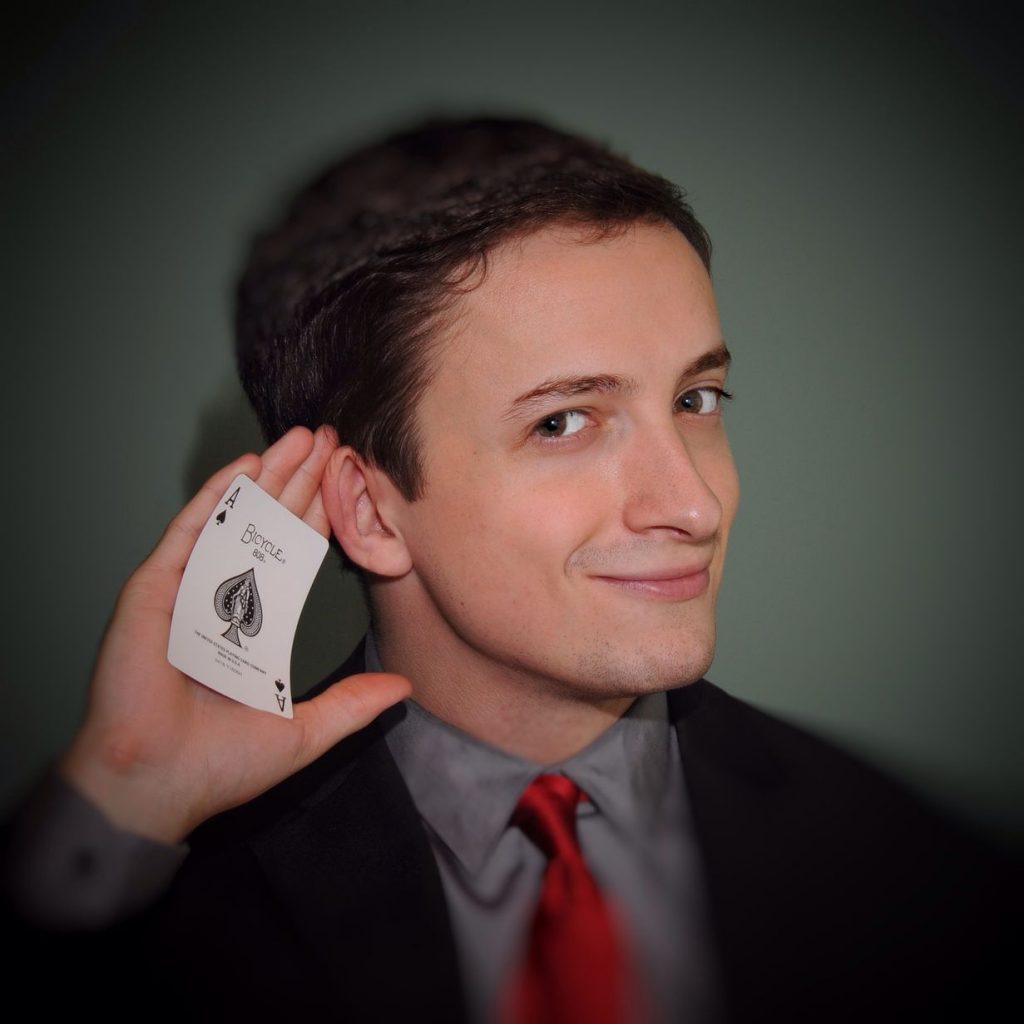 Her performing character Lucy Darling is a charming and hilarious creature known the world over for her charm, her wit and her exceptionally good hair. This show is a wonderful mix of playful interactions, hilarious comedy, and impossible magical feats.

Carisa's one-of-a-kind show is a crowd favourite from Australia to the world famous Magic Castle in Hollywood. Her magic will make you laugh, smile and feel like a child again. 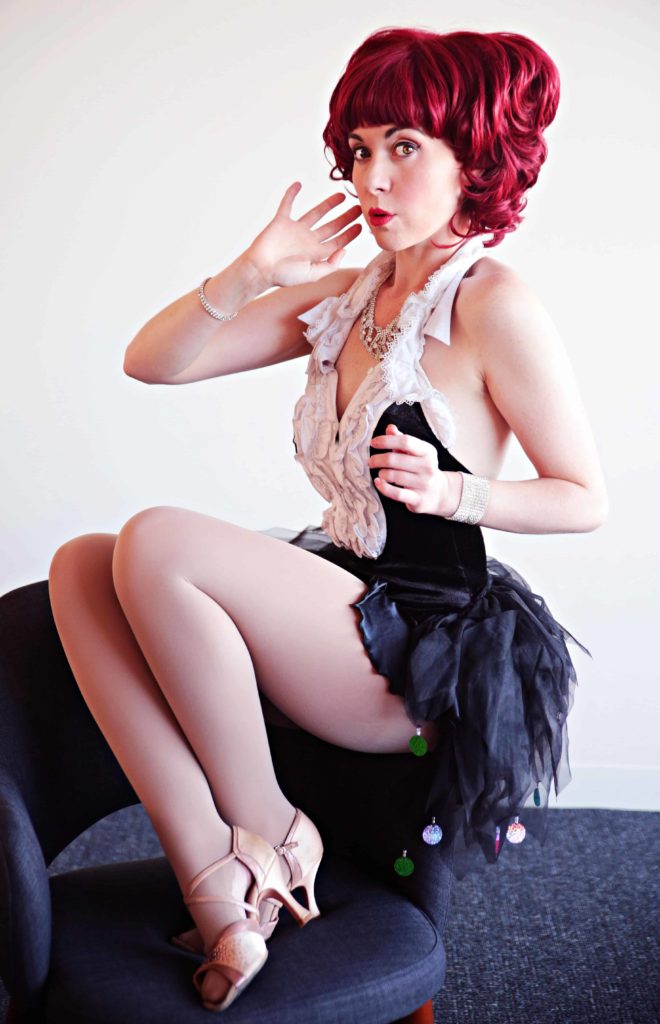 Stuart put himself through college as a performer and became one of the top touring magic acts in the college market.

10 years into touring over 1000 colleges, Stuart decided he wanted to take some time off to create an experience that no one had ever seen before. He collaborated with other magicians, directors, and designers including Tony nominated, Tobin Ost to help develop an act to compete in the world championships of magic, FISM.

2017 was the year that changed everything when Stuart competed in the SAM/IBM Combined Magic Convention Contest. He swept the competition and made history as he claimed 5 top awards; IBM First Place Stage, SAM First Place Stage, SAM Originality, SAM Silver Medal of Merit (rarely given), and the People's Choice. From there, Stuart went on to TV and Fooled Penn and Teller on their hit TV show FOOL US. 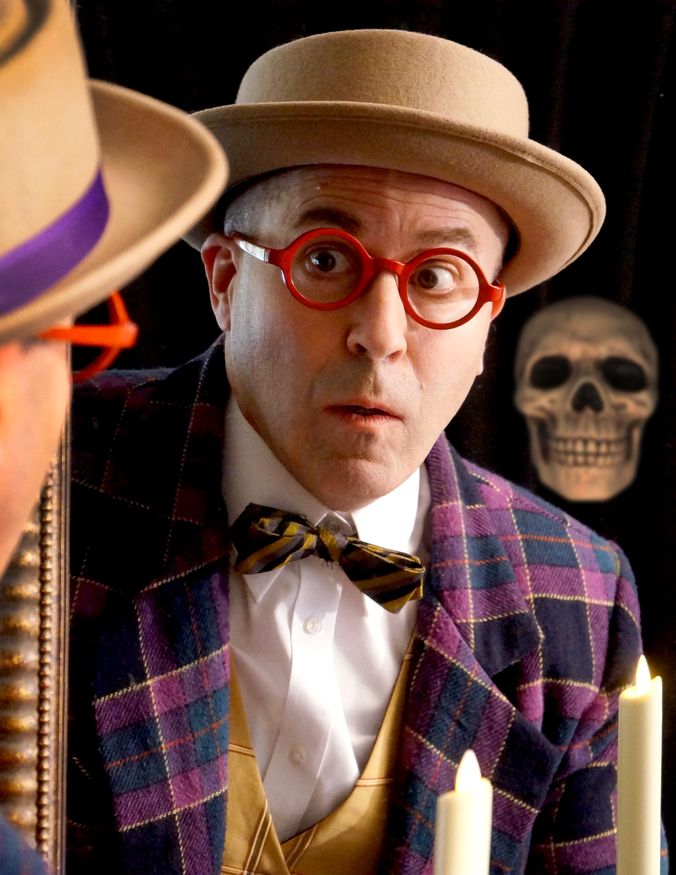 Inspired by the antics of Keaton, Sellers, Victor Borge, the Smothers Brothers and the illustrious Wile E. Coyote among others, “The Great” David Kaplan welcomes spectators young and old into a wonderfully strange world they will not soon forget. Perhaps Kaplan’s most spectacular accomplishment is emerging from the performance in one piece. As his world seemingly crumbles, he manages to tame a rogue bowling ball, juggle furniture, perform feats of prestidigitation, and play melodies on "concert balloon", turkey baster and his great grandfather’s ukulele, -- all to the delight of a charmed audience. 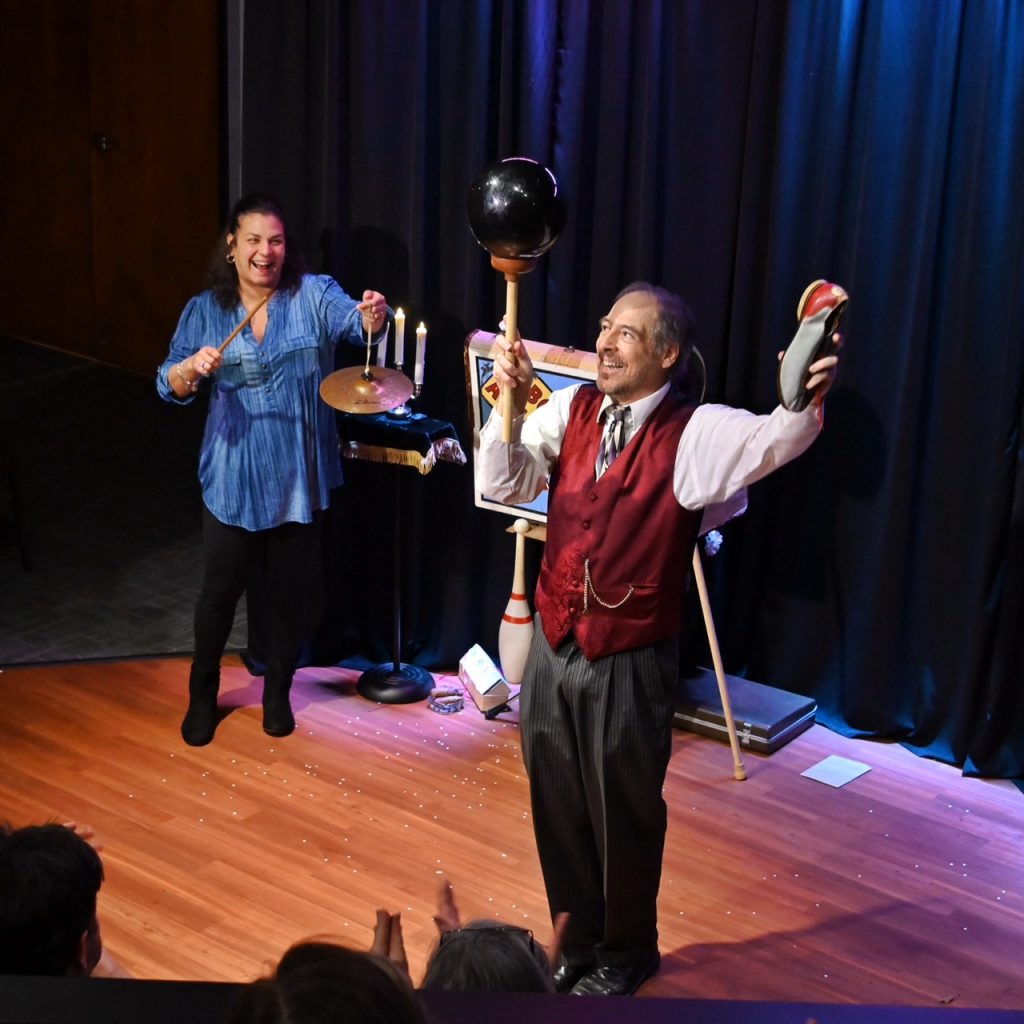 Philly's own Mervant returns for a show filled with mind-blowing mentalism and jaw dropping magic.

Mervant is an accomplished performer in both close-up and stage magic, and both will be on display when he performs his full show. His show is filled with great magic and all done with a smile. You will be in good hands when this accomplished performer hits the stage doing the material he does for adult and college audiences around the country. 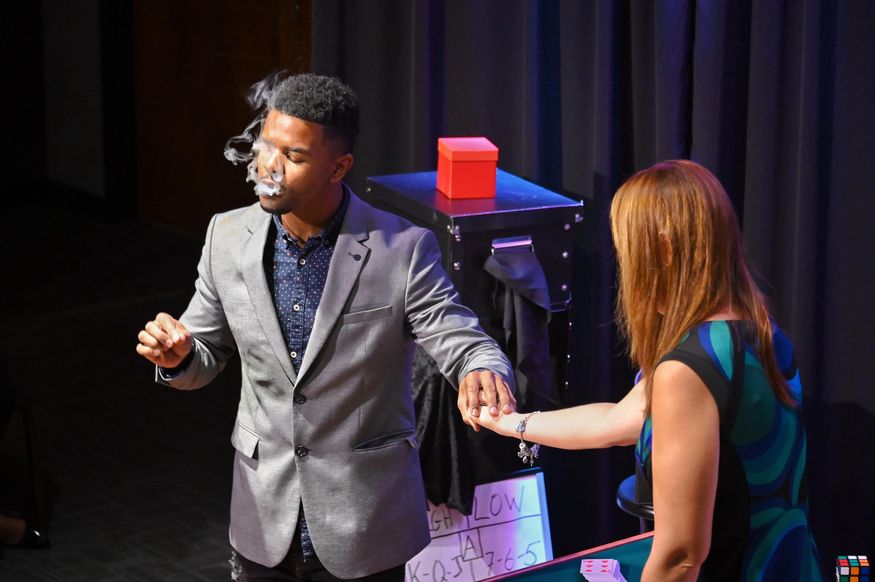 Interjecting uproarious comedy into each performance, Jon creates a hilarious and unique presentation that never fails to blow the audience away.

Jon has performed for three U.S. Presidents, The King of Sweden, The Royal Family of Monaco, and has appeared on several major Television Networks. 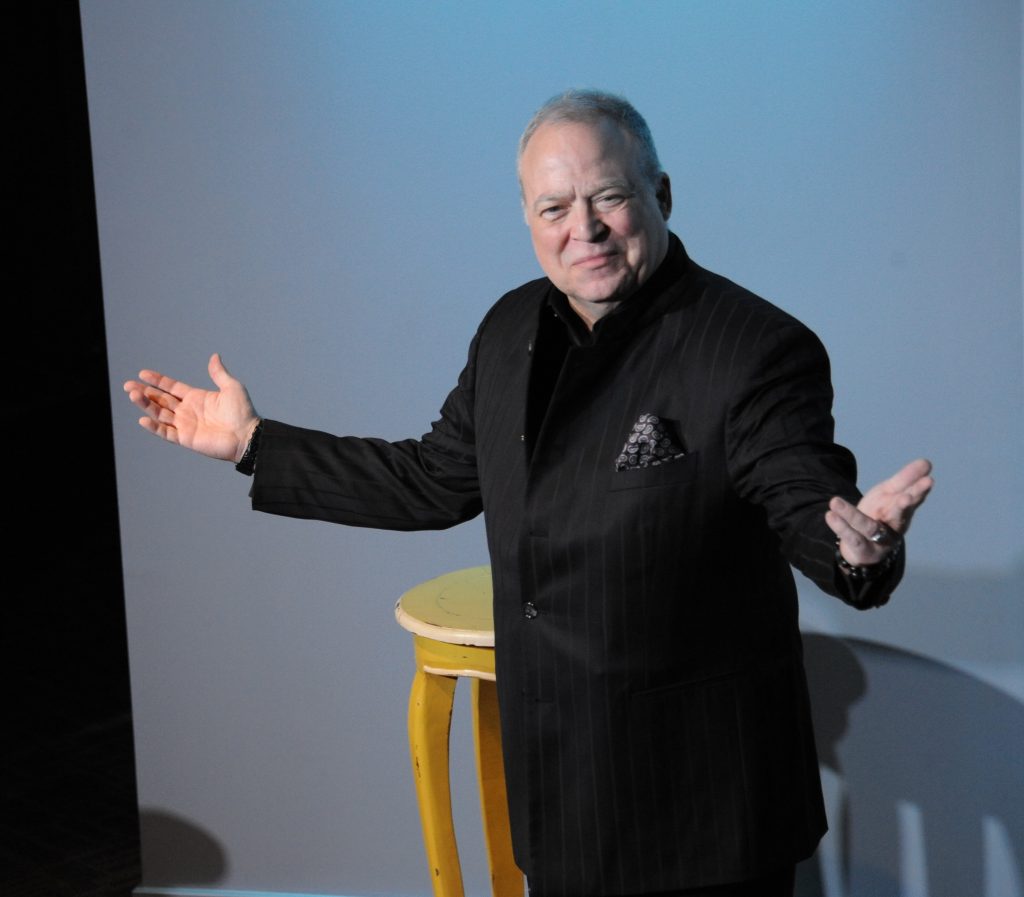 “The Ladies Only Psychic Party” is a fun-filled experience where attendees Live, Love, Laugh, and Learn! You will be enthralled by new demonstrations of Jon’s unique brand of psychic entertainment. 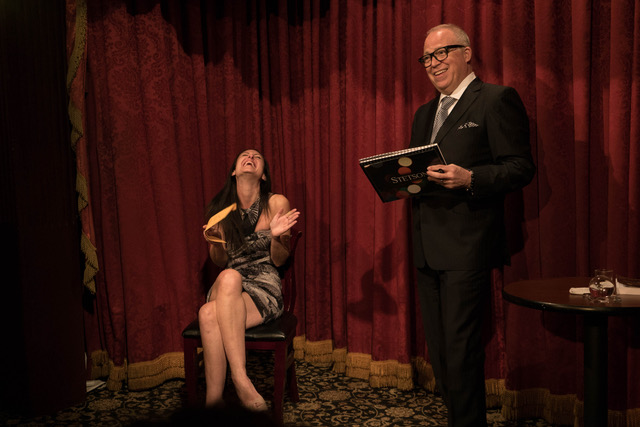 He has seen a million faces and amazed them all

David Corsaro has been a professional magician for over 25 years. David performs for all audiences, from the Museum of Natural History to our Armed Forces and their families. He has performed his amazing feats of magic for fortune 500 companies including Wrigley's, Panasonic, Nestle, and Viacom as well as top music acts such as "Chicago," "Earth Wind and Fire," and "The Milwaukees." 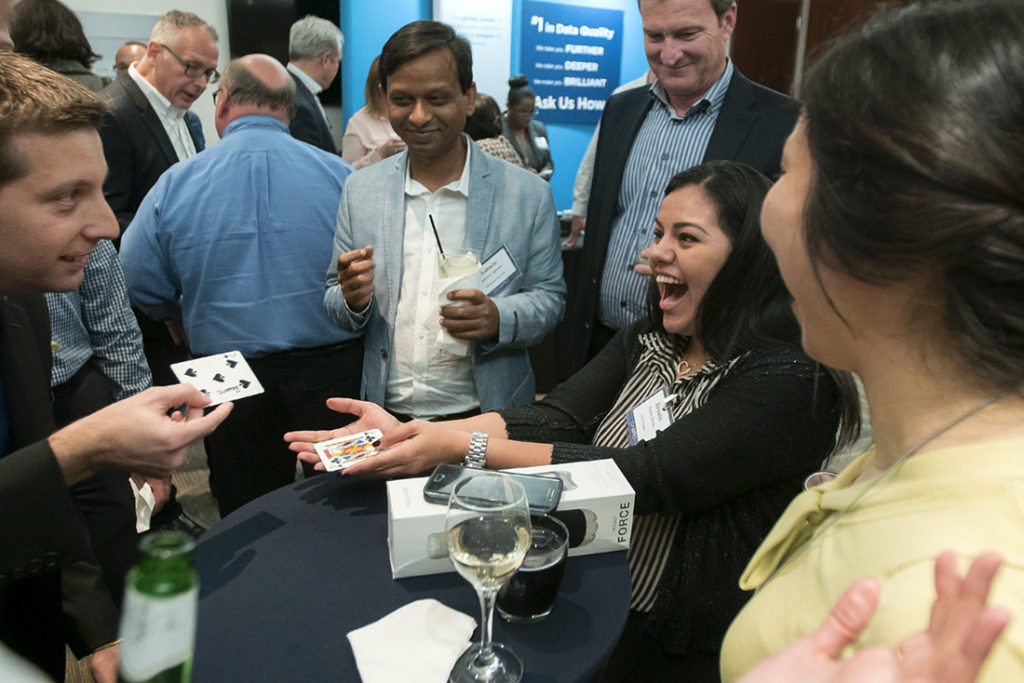 Matt Stanley, combines Stand-Up Comedy with Mind Blowing Magic for a result that can only be described as Entertaining. 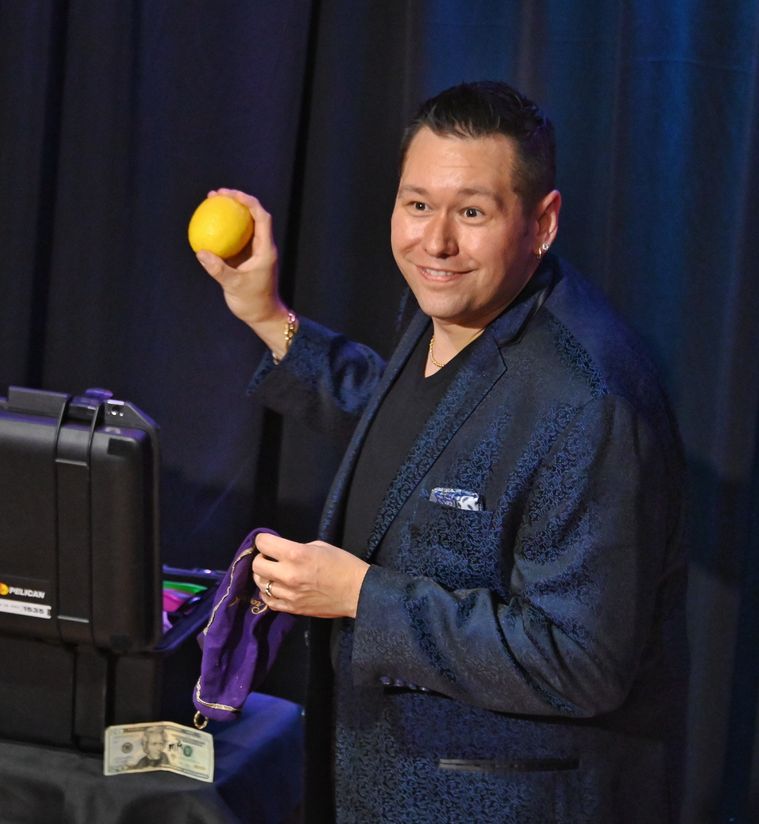 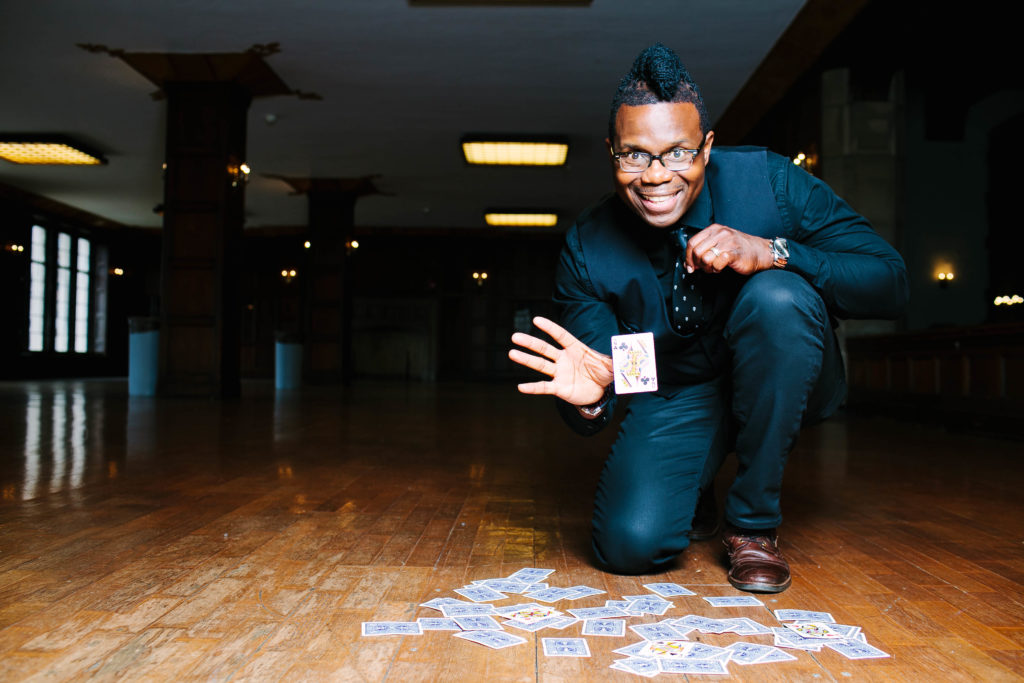 Joan DuKore has performed from Japan to Dubai, and from LA to NY, most notably at Caesar’s Palace, Hollywood’s famed Magic Castle, and Chicago’s Magic Lounge. She is very excited to bring her award winning magic to the Smoke and Mirrors Magic Theater for the first time. 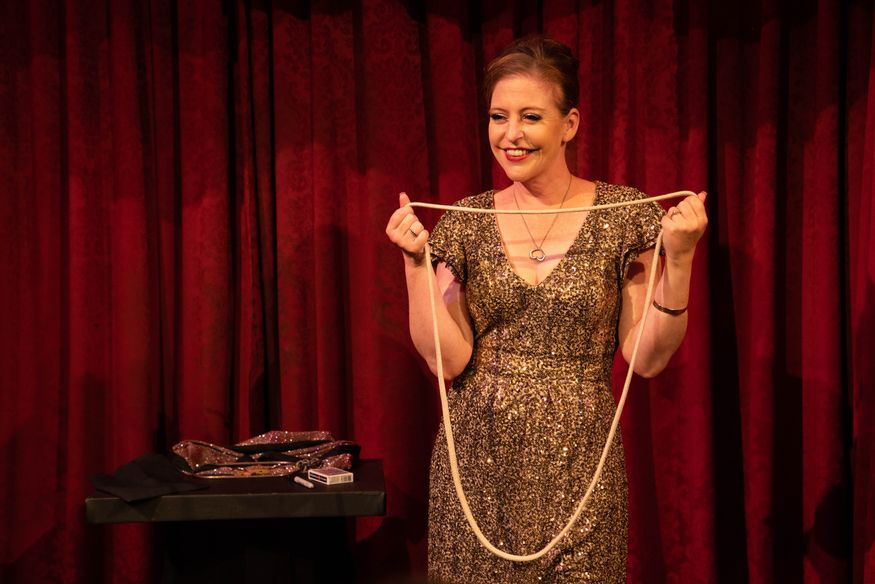 He Brings the Party! 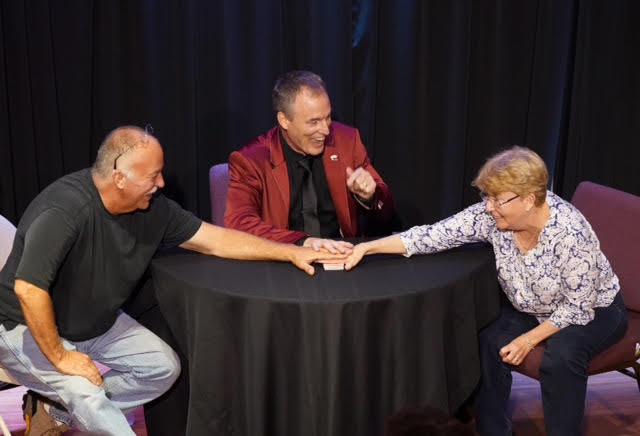 ESP, telepathy, mind reading: If there is such a thing, wouldn't you want to see for yourself? 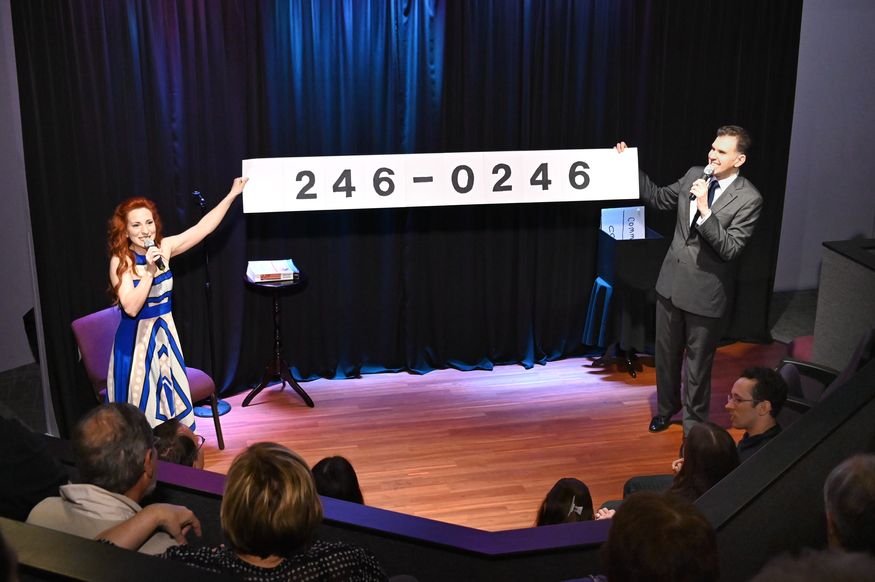 at the Moss Mill Brewery all tickets $10

Gino takes his show on the road to the Moss Mill Brewery in Huntingdon Valley, PA 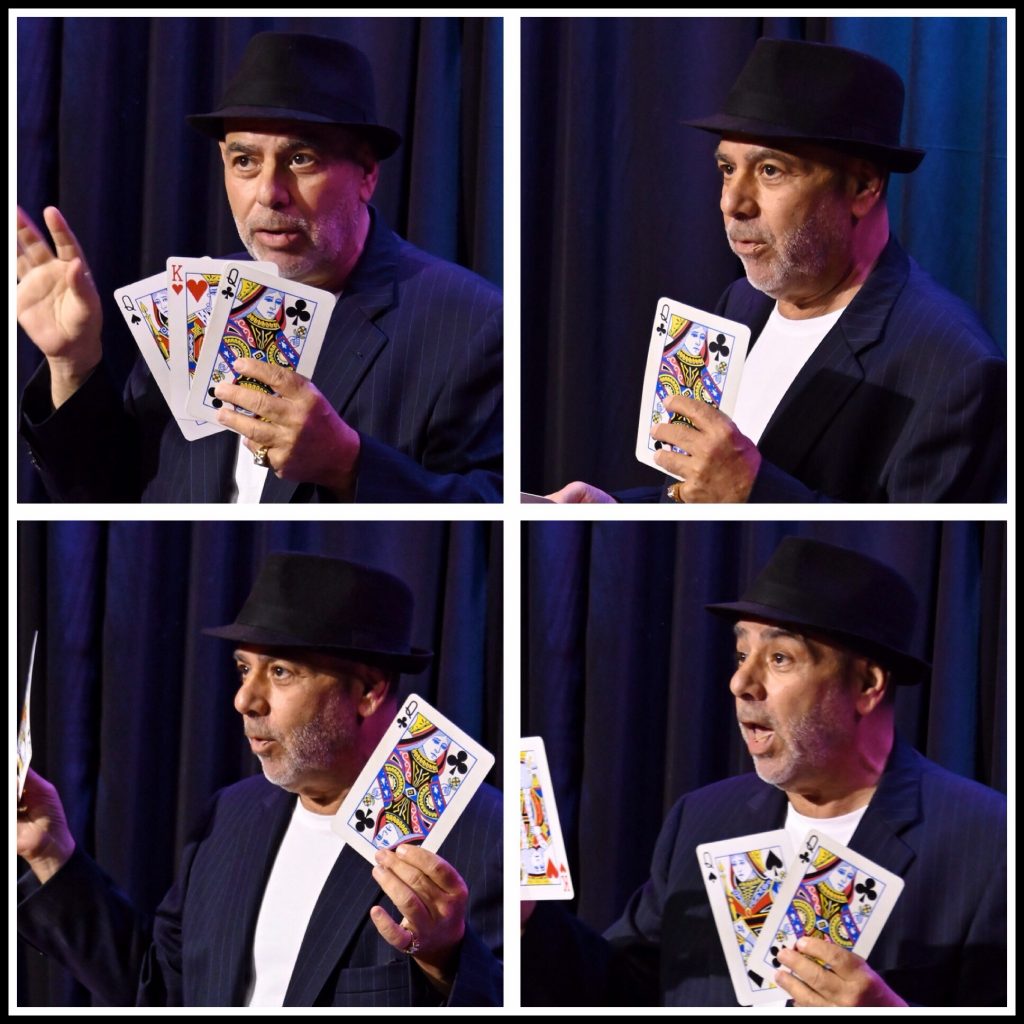 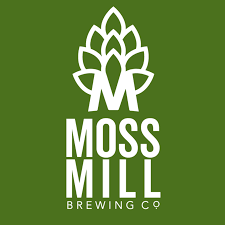 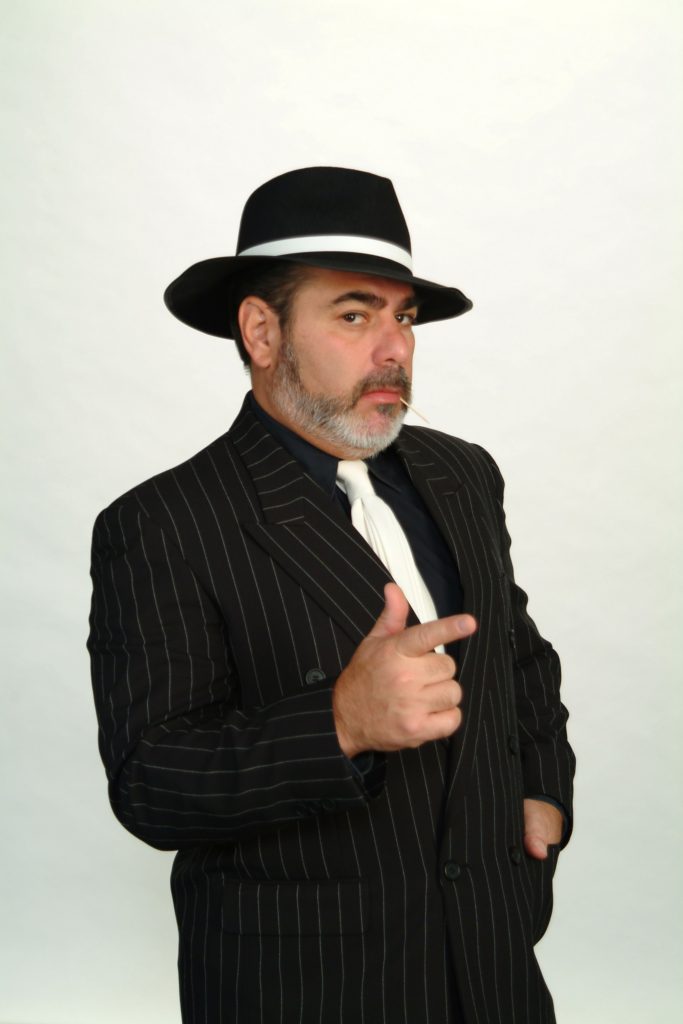 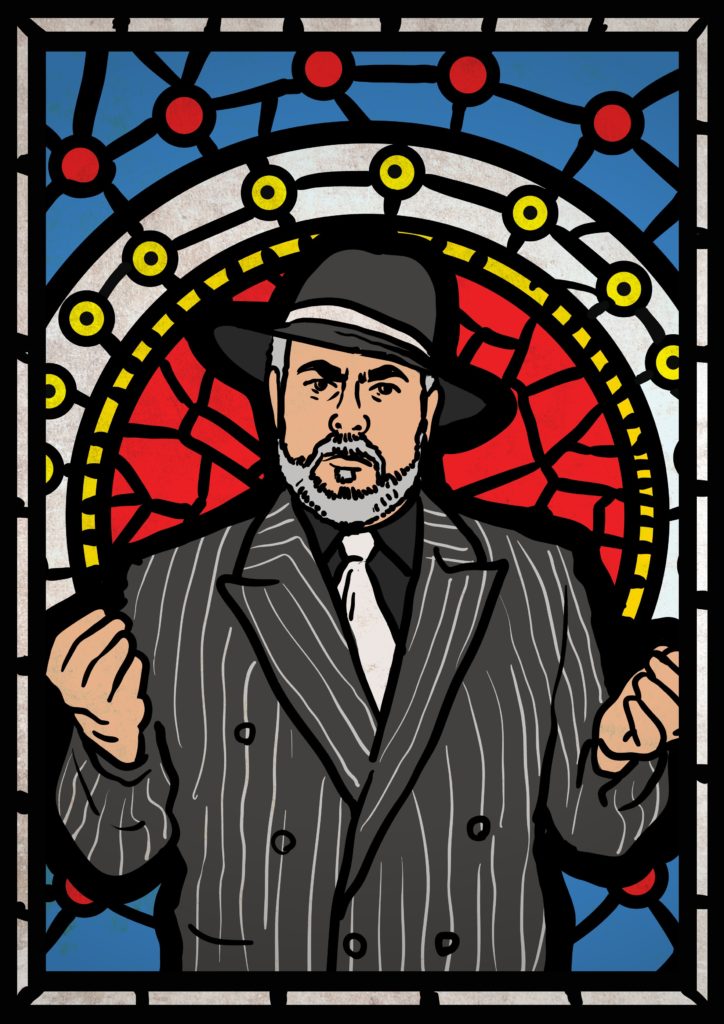 Please be aware, by entering this facility you are agreeing to have your likeness documented on video, audio, and photography for the purpose of marketing this business.  Content may be presented on local, national, or international media platforms such as, the web, television, cable, and radio. This posting is your only notification.  Thank you, and enjoy the show!

Thanks for subscribing! Please check your email for further instructions.

Something went wrong. Please check your entries and try again.
Scroll To Top